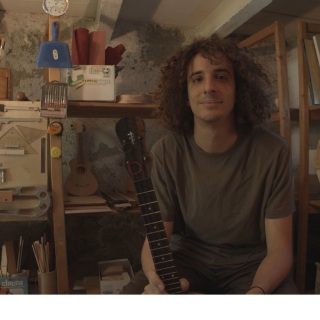 Paolo Bianchi has graduated in Liceo Artistico A. Frattini in 2015, where he attended several courses learning the arts of Drawing and Sculpture.

In the following years, his love for sculpting and music brings him to attend courses of Lutherie and improves his knowledge in Scuola Civica di Liuteria di Milano, where he has graduated in 2019.

In 2018 he also attended the course of engraving,
course held by the teacher and master luthier Enrico Allorto, where he learned best tecniques of engraving.

On his own, Paolo is developing a personal range of acoustic guitars and he launched a Kickstarter campaign, where he produced original models of BanjoUkulele and by which he collected the needed sum of money to start his handcraft activity.

With this Kickstarter campaign he wanted to collect a sum of money in exchange of BanjoUkulele and other rewards to those who wanted to contribute in his project. 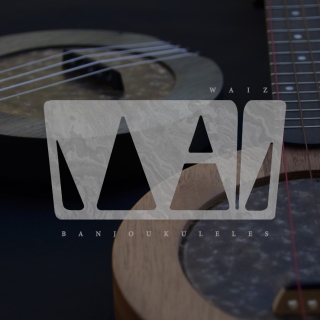 All of this makes WAIZ BANJOUKULELE possible allowing Paolo to start his brand activity manufacturing an original and unique handmade instrument at an exclusive and reachable price.